Since the Counterculture Era of the 1960s and 1970, there have been a handful of pro-cannabis activists. Some of these outspoken individuals included Janis Joplin, Larry Flint,  ‘Mr. Nice Guy’ and the one known as ‘the Hemperor’ Jack Herer.

What is Jack Herer?

The popular strain Jack Herer is a sativa-dominant strain of cannabis named after a the legendary  pro-cannabis activist and author of “The Emperor Wears No Clothes”. By fusing a Haze hybrid with the notorious Northern Lights #5 and mysterious Shiva Skunk. Moreover, legendary genetics company Sensi Seeds crafted Jack Herer with the intent to capture both the cerebral high as well as the overwhelming resin production. The rich genetic background of Jack Herer gives life  to a multitude of several different variations of the popular strain. Moreover, each phenotype embodying  its own exclusive features and effects. Conversely, consumers often describe this sativa-hybrid as tranquil, even-headed, and creative high.

Who is Jack Herer? 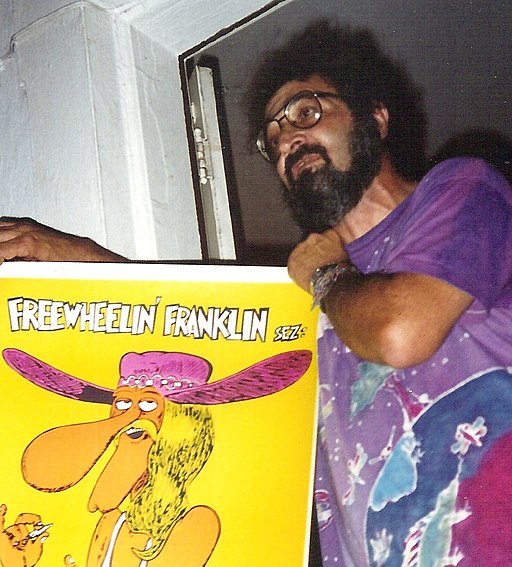 Often referred to as the “Emperor of Hemp”, Jack Herer was an American pro-cannabis activist as  well as the author of aforementioned The “Emperor Wears No Clothes.” This  book,  which happens to be in its twelfth edition as of 2016, has  been perpetually in print for the last 31 years. Emperor Wears No Clothes is often cited in attempts to decriminalize as well as legalize cannabis. Moreover, Jack Herer’s book aims to expand the industrialization of Hemp across the globe. Jack Herer also was a founder and the Director of the organization “Help End Marijuana Prohibition” or simply ‘HEMP.’ The Jack Herer Cup is held in Sin City, Las Vegas annually to honor one of America’s most outspoken and objective-driven cannabis activist.

The Demise of Jack Herer

In July of 2000, Jack Herer suffered a  heart attack as well as a major stroke. This would leave Jack Herer with difficulties speaking as well as mobilizing the right side of his body. Miraculously, Jack Herer would recover from majority of his injuries.  In fact, in later years, Jack Here would claim that the most effective treatment for his injuries with the a psychedelic mushroom known as “Amanita muscaria.” Unfortunately, in September of 2009, Jack Herer would suffer from  another moderate heart attack while behind the scenes at the Hempstalk Festival located in Portland, Oregon. Herer was discharged to another medical facility just a few weeks later in early October. Unfortunately, on April 15, 2010, The Hemperor Jack Herer died in Eugene, Oregon due to complications related to the multiple heart attacks and stroke. Herer was 70 years of age at the time of his death. Jack Herer is currently buried at the Eden Memorial Park Cemetery located in Mission Hills, California.

Jack Herer was crafted in the mecca of potent cannabis, the Netherlands, in the early 1990s. Jack Herer  would later be distributed by Dutch pharmacies as an authentic medicinal strain of cannabis. Since its inception, this peppery, pine-like strain of cannabis has been awarded numerous awards for its quality as well as its potency. A majority of breeders have attempted to emulate this flagship strain in multiple climates, including  sunny and Mediterranean environments. However, when attempting to grow Jack Herer indoors, cannabis cultivators should expect Jack Herer to  flower anywhere from 50 to 70 days.

The Appearance of Jack Herer

The buds associated with Jack Herer often appear to be a vibrant lime green color. Moreover, Jack Herer is overwhelmingly frosted in a mesh of trichomes featuring amber colored hairs. Jack Herer buds are noteworthy. These buds are thickly engulfed with pearlescent trichomes that the buds of Jack Herer often appear to be frosted similar to your favorite cereal. It is also worth noting that due to genetics, not every bud is identical to the given description of the buds associated with Jack Herer. In fact, there are a few forms of Jack Herer that appear an earthy dark green versus the aforementioned bright lime green. However, the potency is often the same: intense.

The Potency and Effects of Jack Herer

Jack Herer is not only popular due to the legend behind the strain, but its potency as well. On average, a gram of Jack Herer can contain a whopping 18% THC. Thanks to this psychoactive cannabinoid, the effects of Jack Herer are often euphoric, uplifting while igniting the flames of creativity and happiness. Many people enjoy taking it recreationally as it’s a highly social strain, facilitating clear-headed, deep conversations. Patients often choose Jack Herer for its ability to bring on the aforementioned effects, alleviate anxiety and depression, as well as moderate relaxation.

The Aroma of Jack Herer

Just as popular as the potency and effects of Jack Herer is the aroma of the strain. Upon inhalation, patients are greeted by notes of fruits such as peaches and apricots accompanied by an herbal, floral and even peppery scent. The aroma of Jack Herer is thanks to the terpene profile of the strain. Jack Herer often contains respectable amounts of Terpinolene, Mycerene, and Caryophyllene.  For more information on terpene profiles, be sure to check our our recent article on how to properly identify terpenes.

Evaluating the Popularity of Jack Herer

Now that you know a bit more about the man, the myth, the strain Jack Herer, you can quickly identify how it became so popular for so long. The legacy of Jack Herer the man has made the legacy of the strain just as strong. Jack Herer was a popular cannabis activist with a heart of gold. For that reason, his name lives on through his beloved strain. It is the absolute mission of the highly-trained Euphoria Wellness Maryland staff to assist patients and consumers in making informed decisions to meet their medical needs. Here at Euphoria Wellness, we offer a wide selection of cannabis strains and products in a clean and safe environment. To provide comfort, aid in healing and to put you on the road to wellness. Euphoria Wellness is committed to providing our patients with the highest quality products and services available in the industry. For more information on our selection, be sure to check us out.